How completely wrong i was. Just happens to new guys like me. I thought we were in 5th wave forming a big Expanding diagonal. But we really had completed the 5th wave in November 4 at 6338. Looking at the huge downtrend the market seems to have taken , it doesn't look that like we are doing any uptrend in a 5th wave.
The Nifty is now below the 200 DMA and we have been in continuous downtrend since January 3 . I kept on thinking how to reconstruct the wave. I have done a lot of changes. See the chart below: 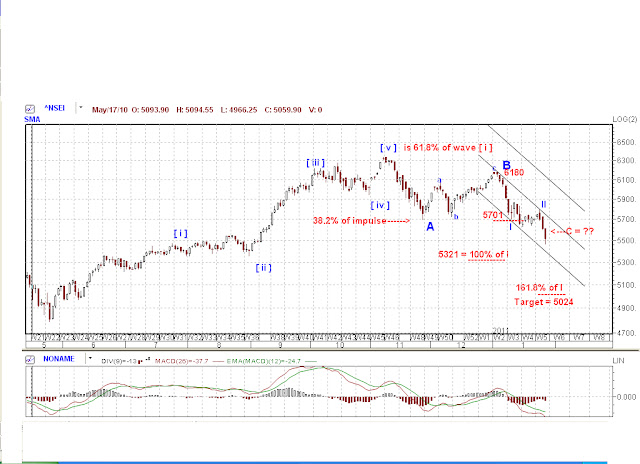 I hope i have correctly counted the waves this time. MACD is also showing a downtrend.What looks like we are in the [ iii ] wave of a larger C wave. And the Index just seems to be falling vertically. I thought we would be in the final 5th wave rallying because i thought the dollar was in downtrend.See the article below:

What I had atleast since May last year was that the Indian markets were doing the opposite of the Dollar which was going low. But i think every market has its own cycles and period where it has to go down irrespective of other forces.

I think the nifty has more distance to travel downwards. 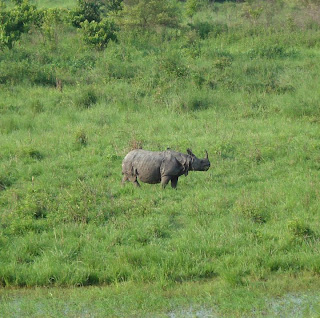 Hi, we will start doing some interesting things soon. I hope this blog helps a lot of other people. This is my first attempt at blogging and Market technicals as well. So PARDON any mistakes
Posted by jonak at 11:05 AM 1 comment: