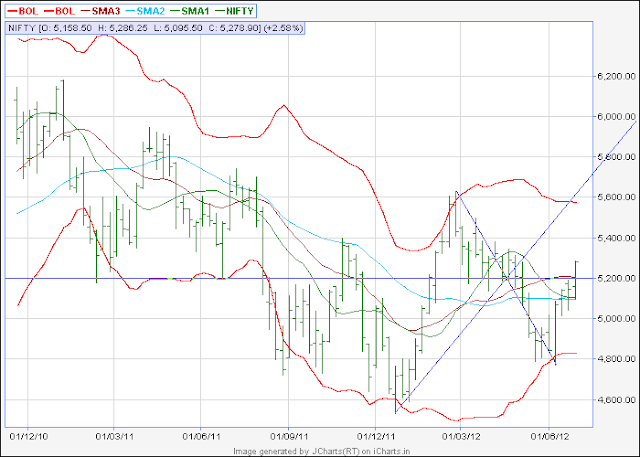 Though i was expecting 4980...it did not come ....now the price action looks heavily bullish to me. We could go as high as 5404 in June. In previous uotrends 8 SMA gave support to price in congestion zone.. This time too 8 sma gave support and pushing Nifty upwards in great speed. 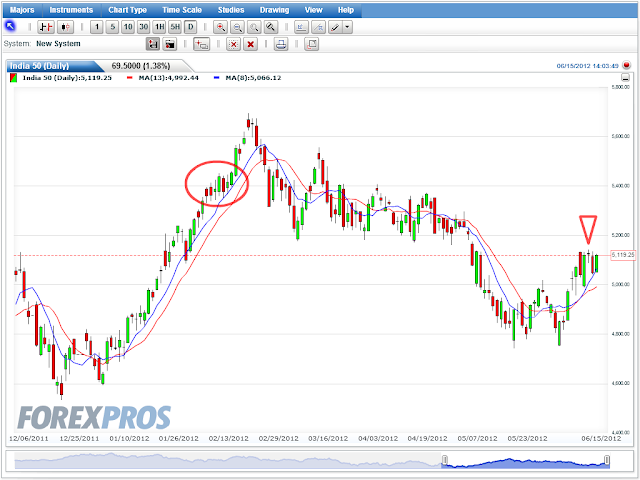 I have a target of 5380 by June 21st  taking into account a previous similar pattern. Lets see. 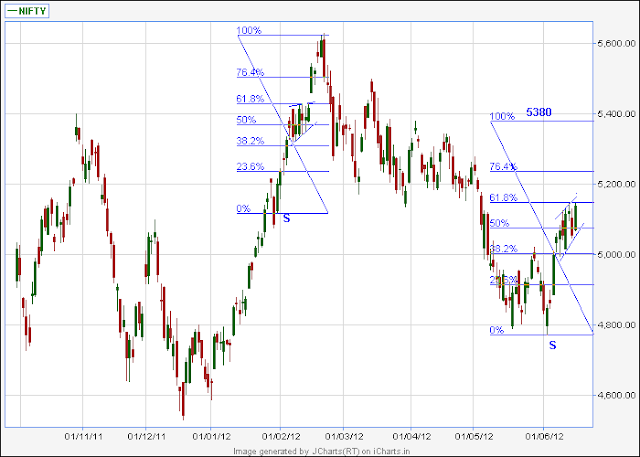 I was going for a target of 5300 ...but now i m short ..i think we can go agin into 4960 area....Wolfe wave targets given by BLUE line....rising wedge....also i think we got an ABSORPTION pattern just below the pink line....divergence in hourly RSI...this could be a Bull trap.....pattern matching with september 2011 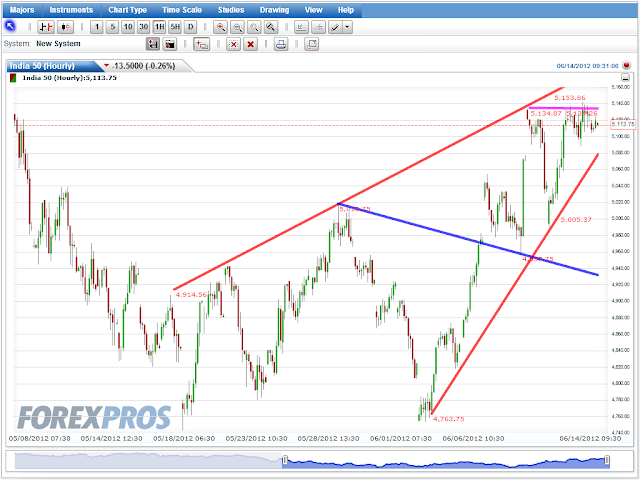 Powerful upmoves were seen. Another low made and bounced off just above the GAP at 4770. Looks like downmove is over and we should be going higher for the next couple of months. This looks like BUY THE DIPS market from here.

The W formations have been working well . Last year which was a bear market , the W formations retraced 76.8% of the falls. The last W formation was just before the Jan-Feb rally. The structure was different in case that the last leg extended past the first point of the W.  We have a good chance of repeating this time too. If you look at the 2004 chart , the rally after the correction was similar to the 2003 rally. So another Jan-Feb rally is possible. Theres also a possible Wolfe wave that people have been looking at but  TEXT BOOK wise , its timed out. 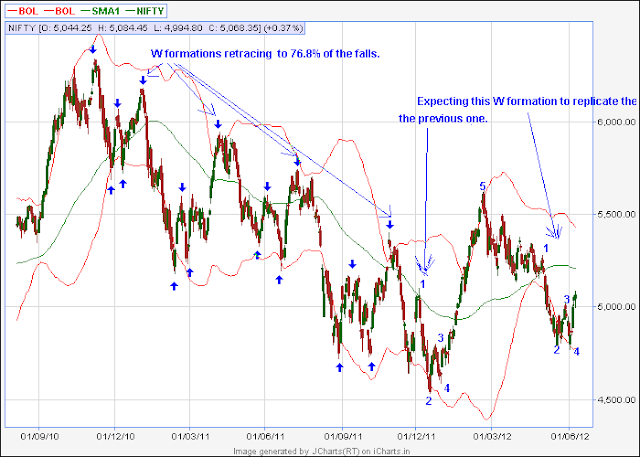 
But there are a couple of other charts I thought were looking good for the bull case. 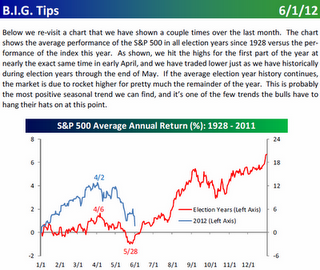 Not only the S&P but also Nifty made bottom that timed well with thaat chart.

And offcourse this fancy chart from ERIC SWART.  The Aussie looks set to explode starting next week. 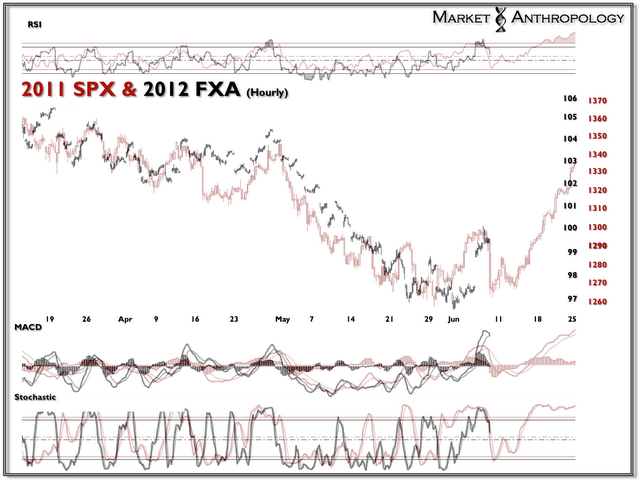 And finally our own 2004 chart. A fast nose dive fall would have behaved differently . But it was not so and we got this W bottom.

Check out that the rally after the correction ( triangle and Breakdown) was very similar to the rally before that . Expect Nifty to behave similar to jan-feb rally this time too. Will we rally ?????   I think we should.