This correction is taking a toll on me. I thought this was over looking at the 5 leg Triangle  but it has just completed a seventh leg. Never mind. This is the market after all. The important thing is understanding the nature of the market . After a fast rise in Jan-Feb I stil feel this was a correction and we are about to embark on the next move higher. If you look at the below monthly chart we see that we have a tremendous contraction in price with decrease in volume. 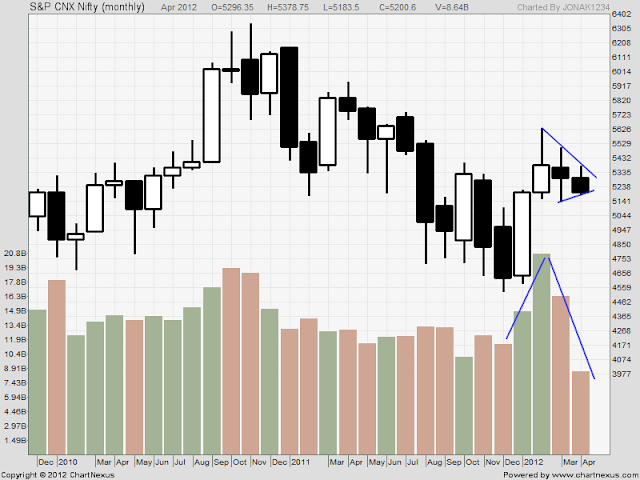 Most of the time , contracting triangle resolves in the direction prior to the contracting period. This is why i am bullish. It looks like 5180 will not be broken and markets wont trade below it  till month end.  And that would make this pattern valid.

Lets us see from 2 recent such  formations what targets were achieved in each of the cases.. This is the first one from october last year . huge and fast upmove. Followed by a triangle correction . The crorection could not achieve even 38.2% . So this relates to more bullishness in the market . And the next move up was a little more than 150% but a little less than 161.8%. 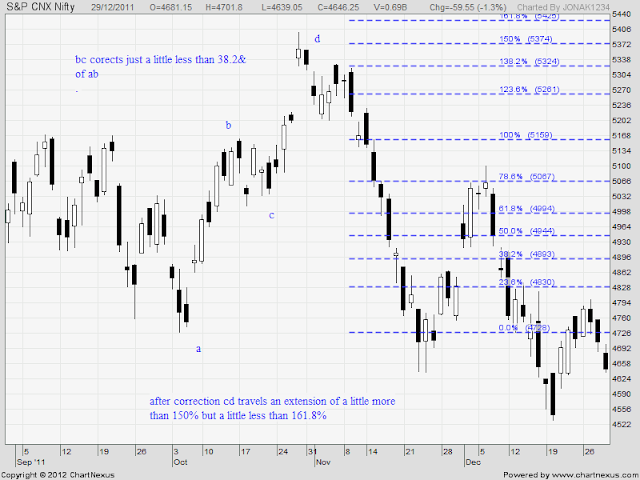 The next one is within this massive correction itself. We had a fast downswing from 5600+ level. The ab leg was corrected by exactly 50% by bc. Since the correction was more than the previous case ,  the momentum towards the downside in this case was less than what the momentum upwards was for the previous case. And that shows up in the length of the target achieved by the next leg of the down fall which achieved only 123.6% extension . So the next leg length depends on the depth of the correction. 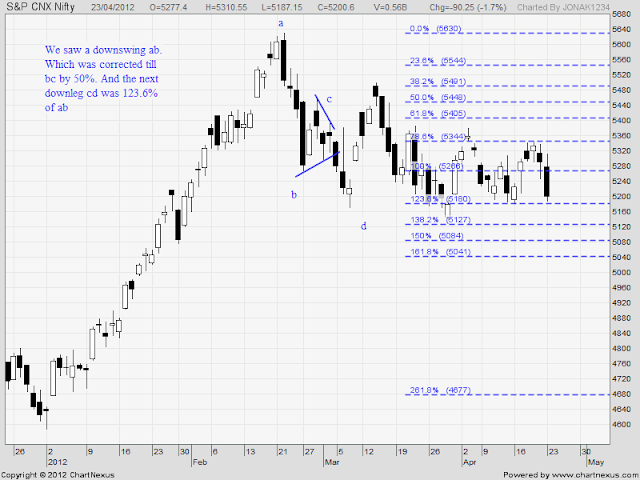 So now let us look at the current massive correction  on the monthly chart . We had a correction of just a little less tha 50% . So lets take a target of 123.6% extension which is 5884. Thats is a big one and if it comes it will be sensational. 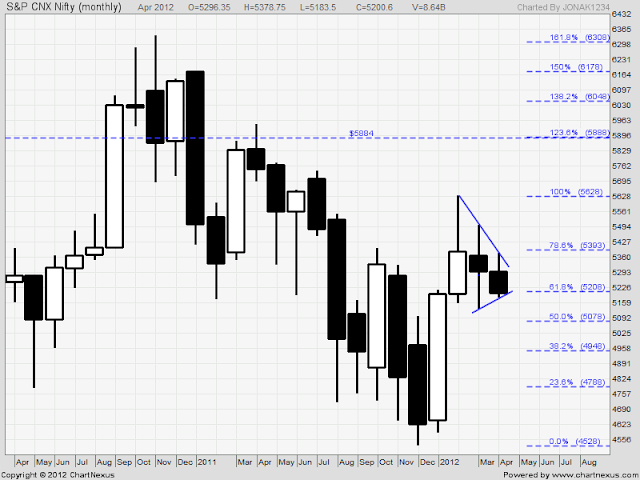 Lets see what happens in May . After a contraction an expansion should come and we should see in May 1st week itself .
Posted by jonak at 4:03 AM